Casting Mamma Mia based on Talent not 'Type'

4 min
4618
In Stowe's production of Mamma Mia, Sophie isn't a blonde, caucasian girl. And Bill Austin isn't a cis-gender man. Director Owen Leavey cast based on talent and story-telling, rather than traditional types.

We all know and love the music of ABBA. Some of us have seen the staged musical a number of times, and many people have seen the movie musical. Amanda Seyfried, Meryl Streep, Pierce Brosnan and the rest of the star-studded cast left a vivid image of this unconventional story in our minds.

Anyone who has seen the movie or the staged musical know that the actress who plays Sophie is traditionally a blonde, caucasian woman. Isn’t this how we all visualize Sophie? What about the dads? We imagine them to be portrayed by three caucasian, cis-gender men. But the question is, why?

Due to the box office and Broadway success of this musical, the world has been “trained” on how this cast of characters should look. The public knows what the traditional “Sophie” looks like, and people have latched onto the image of Meryl Streep in overalls at the mention of the character Donna.

As a society, we have learned that similarity is synonymous with comfort and that difference is a threat. Whether it be a difference in opinion, gender, race or cultural tradition, we feel uncomfortable when something is not the way it “usually” is in our everyday lives.

Roya Millard, the actor playing Bill Austin, chimed in: “We wind up being trained to immediately spot what’s different from what we’ve been taught is ‘normal.' If something doesn’t fit the picture, we’ve been trained to attack.”

But what would happen if we broke the rules intentionally?

What if Sophie was played by a young Filipino actress instead of white? What if Bill Austin was portrayed by an openly transgender man? What if “boyish” Pepper was a woman? The truth of the matter is that it shouldn’t change a single ounce of the story.

In casting this particular production of Mamma Mia, the focus was on talent. The creative team pulled the rug out from traditional choices in actor types and tried to find natural storytellers.

“Sophie has proven to be incredibly complex, which has been a joy to unpack," says Noelle Nilo, who plays Sophie.

"What are her fears? How does she measure her self-worth? What does she truly want? Beyond the story of a girl in search of her father, audiences are witnessing Sophie’s journey to discover her own identity. I hope to bring the truth and relatability of her story to audiences each night, in addition to the sequins and toe-tapping music!” 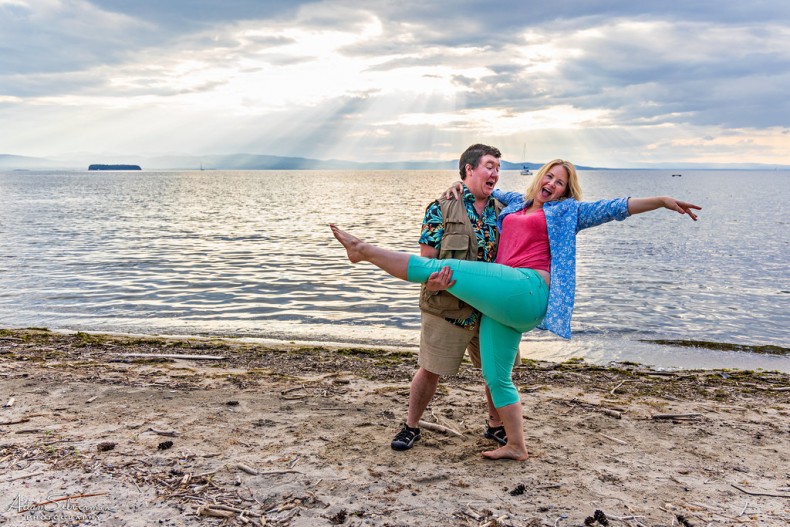 “What I did not realize until we started digging into the character, Bill Austin, was how there’s so much more to this man than you first see," says Roya Millard, who plays Bill. "I’m so excited that I got to be a part of that challenge — how to create someone who you see as both an immediate stereotype, and then the inversion of that. Bill gets to be both buffoon and tragic in a few short scenes, and that has been an incredible gift for an actor.”

No casting choice should be confusing, no actor should not be able to play a role based on looks, and everything in the world should be possible on a stage.

“This is a human story, and I am a human. We are going to find each other in the moments of connection in the story. Not because it looks just like me but because there is something here that can resonate with every human in that space. If only they are open to it.”
— Roya Millard (Bill Austin)

Mamma Mia at Stowe Theatre Guild will run Aug. 21-Sept. 7. Performances are Wednesdays through Saturdays at 7:30 p.m. at the Town Hall Theatre, upstairs in the Akeley Memorial Building at 67 Main St. in Stowe.

Next Blog Post
Stowe Theatre Guild is looking for directors, music directors and choreographers for all 2020 shows!

FAQs about Directing in 2020